Evidence-based policy is focused on research-based evidence to inform policymakers about “what works” and thereby produce better policy outcomes. 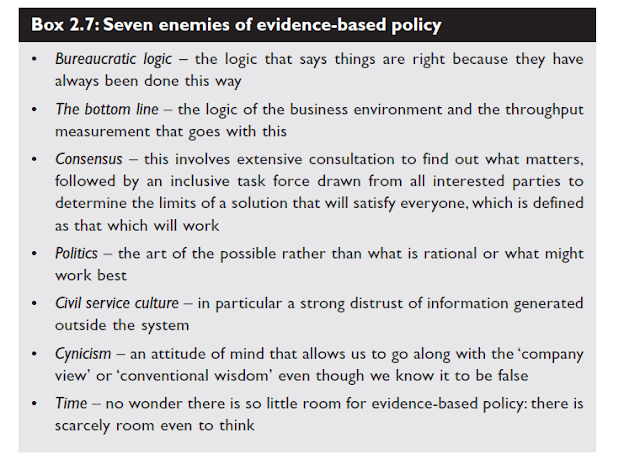 What we could do against them?
It is important for researchers not only to gather the evidence to describe what is happening and how society is changing, but to provide explanations about why these changes are occurring, and then ideally to suggest things that might be done to adjust the system accordingly.

As a Citizens we want evidence-based policy NOT "policy-based evidence": where evidence is typically used as a weapon — mangled and used selectively in order to claim that it supports a politician’s predetermined position

Acces to the article (restricted): The seven enemies (1999)