if you'd like to understand what health economics is, don't miss Kenneth J. Arrow 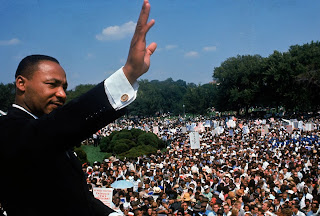 In the introduction of the book "The Economics of Health and Health Care" from Sherman Folland, Allen C. Goodman and Miron Stano, the authors define: Health Economics is the study how resources are allocated to and within the health economy. The study of the production of health care and its distribution across population fall within this definition.

If you would like to understand a little bit more about what Health Economics is about, I recommed you to read one of the most influential articles in the health economics discipline:

UNCERTAINTY AND THE WELFARE ECONOMICS OF MEDICAL CARE by Kenneth Arrow published by the American Economic Review in 1963!.

Kenneth J. Arrow is an American economist and joint winner of the Nobel Memorial Prize in Economics with John Hicks in 1972.

The article finishes with this Postcript:

"I wish to repeat here what has been suggested above in several places: that the failure of the market to insure against uncertainties has created many social institutions in which the usual assumptions of the market are to some extent contradicted. The medical profession is only one example, though in many respects an extreme one. All professions share some of the same properties. The economic importance of personal and especially family relationships, though declining, is by no means trivial in the most advanced economies; it is based on non-market relations that create guarantees of behavior which would otherwise be afflicted with excessive uncertainty. Many other examples can be given. The logic and limitations of ideal competitive behavior under uncertainty force us to recognize the incomplete description of reality supplied by the impersonal price system."