the effect of competition on the quality of health care 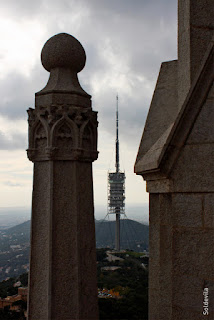 In their article they examined the impact of the introduction of a pro-competition policy, in 2006, on hospital outcomes in England. They found strong evidence that under the regulated price regime hospitals within the NHS engaged in activities that increased quality of patient care.

The NHS reforms resulted in significant improvements in mortality and reductions in length of stay without changes in total expenditure or increases in expenditure per patient. .

In 2006 the NHS mandated that all patients requiring treatment be given the choice of five different hospitals (Choose and Book) and adopted a payment system in which hospitals were paid fixed, regulated prices for treating patients (payment by results based, PbR on DGR's). The reform gave patients more choice (via the mandated five alternatives and the end of selective contracting), increased the incentive for hospitals to win business and moved hospitals from a market determined price environment to a regulated price environment.

The introduction of competition can be an important mechanism for enhancing the quality of care patients receive even in a set up where hospitals are not profit maximizers. Attracting patients becomes very important. Given that price is fixed, the only way managers can do this is by undertaking effort to increase quality. The reforms made attracting patients tougher in less concentrated markets and so managers had greater incentives to improve quality in these markets. This increases managerial incentives to improve quality effort as competition grows stronger.

This is one empirical study on "yardstick competition (competence by comparison)" among health care organizations.

Related post:  some controversies about competition in health care 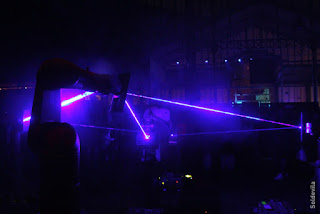 The effect of insurance expansion on the diffusion of new technologies is not a well-understood phenomenon.

Burton A. Weisbrod published in 1991 in the Journal of Economic Literature: The Health Care Quadrilemma: An Essay on Technological Change, Insurance, Quality of Care, and Cost Containment. The Weisbrod proposition in his article is that the expansion in health care insurance produces a cost increasing in new technologies and how new technologies induces demand for insurance. There is an inexorable link between the broadening and deepening of health insurance coverage and the development of new health-care technologies.

In their study, they attempted to produce empirical tests of Weisbrod thesis and find supportive evidence. The paper presents evidence of a link between insurance and technology diffusion using OECD panel data and taking advantage of a dynamic specification structure. The empirical estimates indicate that higher degrees of private expenditure on health care correlate with higher levels of R&D in health care, consistent with the hypothesis forwarded by Weisbrod that increasing insurance coverage boosts technology adoption. However, their findings also suggest that increasing public funding of health care appears to lower technological adoption, which is consistent with the exercising of monopsony power and an objective of cost containment.