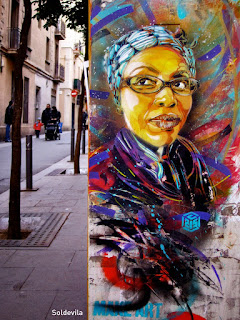 Some research and data related to women on Boards.

Why the Influence of Women on Boards Still Lags
Almost all Fortune 500 executive boards now include at least one woman (and many have two or three). Female board members have doubled since 2006, and while these gains are promising, they are slowing. Research indicates women aren’t making more rapid inroads on corporate boards because very few have been promoted to a post that would give them influence beyond their seat at the table

Slow Progress for Women on Spanish Board
Women's representation on the boards of Spain's listed companies climbed by 15 percent during the year 2017. That increase brought the total to 258 female directors, who now occupy just over 19 percent of 1,347 board seats.

While significant ground was gained, the current situation still falls short of the 30 percent representation recommended by the Good Governance Code of Spain's National Securities Market Commission (CNMV) for the year 2020.

Still looking for room at the top: Ten years of research on women in the workplace
In 2017, on average, women accounted for 17 percent of corporate-board members and 12 percent of executive-committee members in the top 50 listed G-20 companies. Even more worrying, perhaps, is that many people are content with the status quo. According to Women in the Workplace 2017 study, almost 50 percent of men think that it is sufficient when just one in ten senior leaders in their company is a woman. One-third of women agree.