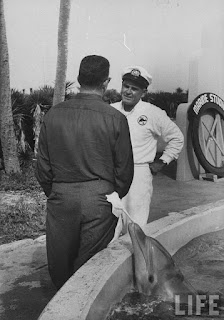 The wrong pockets problem: a situation in which we would have better outcomes if one institution or sector invested money, but because the primary benefit accrues to another institution or sector there is no incentive to make that investment. This problem describes a situation where the entity that bears the cost of implementing a practice including an evidence based best practice does not receive a commensurate benefit. Because the costs outweigh the benefits for that implementing governmental actor, projects in the public interest do not receive sufficient resources. Thus, project investment is suboptimal, and overall social welfare is in equilibrium suboptimal. Sustained inefficiency is the norm.

This wrong pockets problem particularly affects prevention programs, whether they are behavior modification programs, public health programs, structural prevention programs, or broad policy changes. Despite a growing body of empirical evidence rigorously demonstrating the effectiveness of many programs across numerous social services, advances in the implementation of evidence-based practices has been slow.

Pay for success (PFS) tries to solve the worng pockets problem: It is an innovative financing mechanism that shifts financial risk from a traditional funder—usually government—to a new investor, who provides up-front capital to scale an evidence-based social program to improve outcomes for a vulnerable population. If an independent evaluation shows that the program achieved agreed-upon outcomes, then the investment is repaid by the traditional funder. If not, the investor takes the loss.

Key drivers of the model:
Examples of pay for success financing: The Social impact bonds (SIBs)